This sophisticated object detection system can identify thin objects, such as branches, wires, and powerlines, to give pilots further confidence when operating the aircraft.

Only 3 Left!
Have a Question? Price Match Request

CSM Radar for M300 RTK can detect thin obstacles, such as wires and branches;
System can detect objects up to 30 metres away and has 360° coverage;
Radar functions at night and has IP45 rating, providing safer flights across a larger range of missions;
Augments the drone's built-in sensors to enhance situational awareness;
The drone will brake if it gets too close to obstacles.

The M300 RTK is DJI's safest enterprise drone to date - and it is just about to get even safer, thanks to the imminent release of the CSM Radar.
This sophisticated object detection system can identify thin objects, such as branches, wires, and powerlines, to give pilots further confidence when operating the aircraft.

Designed to augment the drone's built-in vision sensors, the unit has a detection range of between 1 and 30 metres and provides comprehensive 360° horizontal coverage, detecting hazards which can get missed by the drone's obstacle-avoidance technology.

Pre-set the radar's detection range and the M300 RTK will brake when it comes close to an object; particularly useful for complex missions.

As an added advantage, the IP45-rated CSM module can function at night - when the drone's built-in vision system is not functional - and in difficult weather conditions, increasing safety during a wider range of jobs.

HOW DOES THE CSM RADAR WORK?

The CSM Radar attaches to the top of the M300 RTK in the upward gimbal position. It can be connected to the aircraft via the PSDK port.

When it is turned on, the radar emits radio waves, which then reflect off an object and bounce back to the receiver.
This provides locational information based on the time that it takes for the waves to return.
The radar can be toggled on and off, and operators can choose to use it in tandem with the drone's vision sensors, or deploy one or the other.

Object Detection - Notifying The Pilot
When obstacles are detected by the radar, the compass navigation display at the bottom of the Primary Flight Display (on the controller screen) will show numerous colours.

Collision Avoidance System - Increased Protection
The radar is designed to detect obstacles which might be missed by the built-in sensors, either for being too thin or for falling within the sensors' blind spots.
The graphic below sums this up perfectly.

The image on the left - without the radar turned on - shows a small area of green within the navigation display; ie less obstacles detected. Note also the white arrow pointing to the thin black - and empty - line in the display; this is one of four blind spots, unable to detect obstacles.
Now, the right-hand image shows the same scene, but with the radar switched on. The green area is larger than before - covering the dark black lines in the process - helping to detect more objects and eliminate the blind spots.

With the ability to detect thin objects, the CSM Radar is particularly useful during complex missions.
For instance, operating close to powerlines, as the below video demonstrates.

The opening sequences of the clip show the M300 RTK flying close to powerlines without the radar activated.
The navigation display shows pockets of yellow and green, but the aircraft is able to approach the cables as they are not being picked up by the drone.
Notice, too, that the yellow and green shades are not overlapping any of the display's four darker spokes, ie the blind spots.
But this all changes when the radar obstacle avoidance is activated.
The drone immediately detects the powerlines in front of it - with the display flashing red (eliminating the blind spots in the process). The aircraft subsequently stops and no longer flies towards the cables.
It is worth pointing out that the CSM Radar is a detection tool; it will not autonomously fly the aircraft around any type of obstacle, nor will it help the drone with positioning data.

Operating At Night
Another example shows the CSM Radar in action during an evening flight, when the drone's built-in vision system is not functional.

The image on the left shows the radar disabled. But when it is activated (image right), the display is filled with colour, as the CSM unit goes to work and starts detecting obstacles.

WHAT IS THE DETECTION RANGE OF THE RADAR?

The radar offers comprehensive coverage to give pilots even greater confidence when flying the M300 RTK; which is already an incredibly safe aircraft.
The radar has various detection angles:

The M300 RTK has some stellar flight performance stats; 55 minutes of maximum flight time, the ability to carry three payloads at once; and that all-important IP45 rating.
So how does the CSM Radar alter things?

Flight Time
Firstly, the radar weighs around 369g, meaning that the M300 RTK - with a 9kg maximum takeoff weight - has more than enough strength to carry the radar coupled with a quality payload, such as the H20T quad-sensor solution.

Typically, the drone can muster around 43 minutes of flight time when integrated with the H20T.
DJI says that the CSM Radar will reduce flight times by about three or four minutes.
So, in this case, a 40-minute mission with the radar and the H20T. This is still an impressive return, especially when you consider the added safety of the radar, coupled with the multi-purpose capabilities of the H20T (zoom, thermal, wide-angle, laser rangefinder).

Flying In The Rain
The M300 RTK has an IP45 rating, making it a robust and reliable drone in difficult weather conditions - as this test clip shows.

While IP45 is not a complete waterproofing, DJI has stated that the M300 RTK can withstand 100mm of rain during a 24-hour period.
The CSM Radar also has an IP45 rating to align with the aircraft, meaning it can be deployed with the drone during tricky weather conditions.
The fact it can operate at night - and enhances safety in low-light conditions - is an added bonus, and further endorses the M300 RTK as a rugged and mission-flexible platform.
For more advice on the M300 RTK's performance in wet weather and high/low temperatures, as well as tips for operating and maintaining the drone in flights against the elements, read our blog How Waterproof Is The DJI M300 RTK Drone?
While not weather-related, it is worth flagging that, in ATTI mode, the radar obstacle avoidance will be disabled 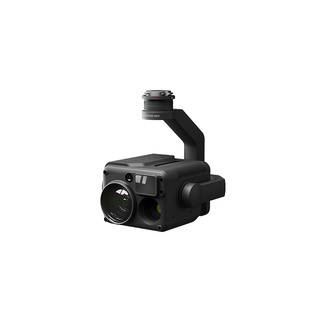